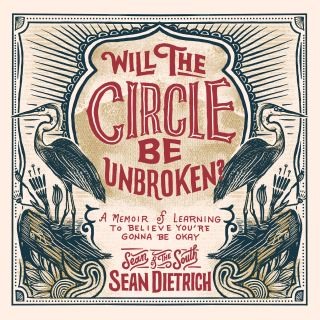 Will the Circle Be Unbroken?

A Memoir of Learning to Believe You’re Gonna Be Okay

From celebrated storyteller "Sean of the South" comes an unforgettable memoir of love, loss, the friction of family memories, and the unlikely hope that you're gonna be alright.

Sean Dietrich was twelve years old when he scattered his father's ashes from the mountain range. His father was a man who lived for baseball, a steel worker with a ready wink, who once scaled a fifty-foot tree just to hang a tire swing for his son. He was also the stranger who tried to kidnap and kill Sean's mother before pulling the trigger on himself. He was a childhood hero, now reduced to a man in a box.

Will the Circle Be Unbroken? is the story of what happens after the unthinkable, and the journey we all must make in finding the courage to stop the cycles of the past from laying claim to our future.

Sean was a seventh-grade drop-out, a dishwasher then a construction worker to help his mother and sister scrape by, and a self-described "nobody with a sad story behind him." Yet he cannot deny the glimmers of life's goodness even amid its rough edges. Such goodness becomes even harder to deny when Sean meets the love of his life at a fried chicken church potluck, and harder still when his lifelong love of storytelling leads him to stages across the southeast, where he is known and loved as "Sean of the South."

A story that will stay with you long after the final page, Will the Circle Be Unbroken? testifies to the strength that lives within us all to make our peace with the past and look to the future with renewed hope and wonder.

Sean Dietrich is a columnist and novelist known for his commentary on life in the American South. His work has appeared in Newsweek, Southern Living, Garden & Gun, Good Grit, the Tallahassee Democrat, South Magazine, The Bitter Southerner, Thom Magazine, the Birmingham News, and the Mobile Press Register. He has authored twelve books.

A mediocre sailor and fisherman, a biscuit connoisseur, and a barbecue competition judge when he’s not writing, he spends much of his time aboard his fourteen-foot fishing boat (the SS Squirrel) along with his coonhound, Thelma Lou. Visit Sean online at seandietrich.com; Instagram: @seanofthesouth; Facebook: @seanofthesouth; Twitter @seanofthesouth1.